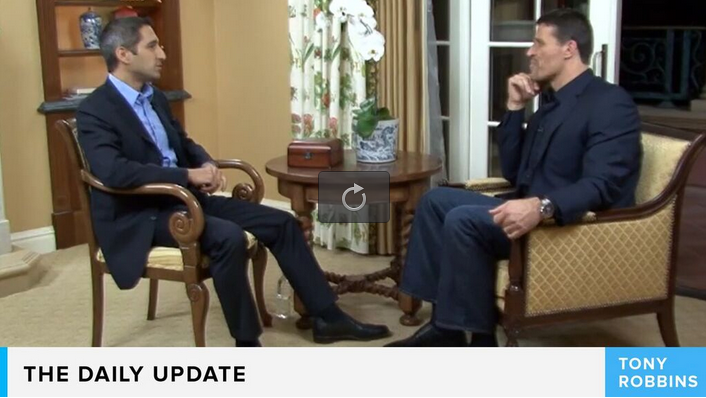 How to Hire Superstars

Eben Pagan, from Get Altitude sat down with Tony Robbins recently with an incredibly simple idea for testing new employees to see if they fit at your organization. He calls it “The Daily Update” and you essentially ask all new employees to send you a daily email at the end the first 30 days they are working for you with the following items:

1.    What they did that day and the results they got
2.    Any problems or challenges they faced
3.    Questions they have for you

He says that businesses should not settle for average and it will be easy to see the patterns to how this new hire thinks after getting these emails. And if you don’t get the emails, its a clear sign you have someone who is not fully committed.

Pagan agrees, replying that you should hire slowly, but fire quickly.

We need better systems for screening applicants and finding honest, committed individuals that are a right fit for our organizations. Vital Catalyst will be working with clients this year building systems to better screen and train their employees.

We are committed to helping companies find the right people that fit the companies core values and purpose.

Currently, our Vital Organizer system is the first of its kind Motivational Productivity Management System and it allows companies the ability to spot poor performers with task “Karma Points” that employees accumulate doing their day to day duties.

So what do you think? Please leave your comments below.

“Hire superstars only; don’t settle for average…The best predictor of their future performance is their past performance, actually.” – Eben Pagan 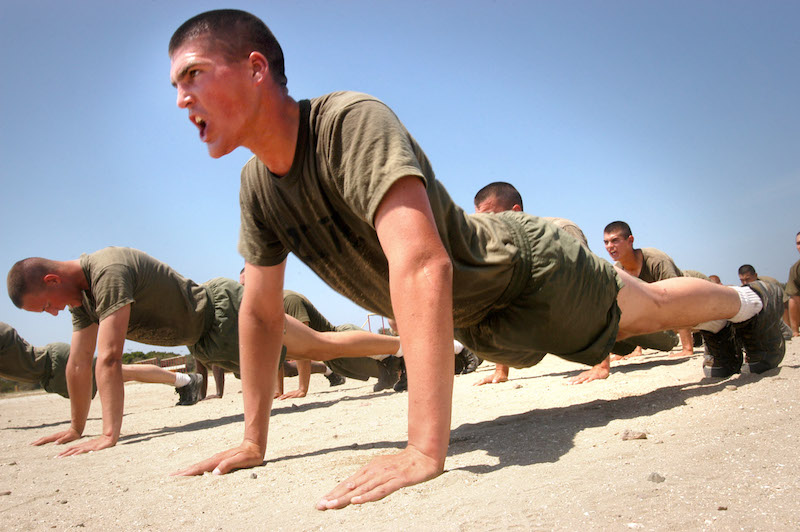 The Secret to Everlasting Motivation

Being a US Air Force Airman from 1992 to 1996, gave me a unique understanding of the meaning to “morale issues.” If you remember the times, the Cold War ended with the symbolic demolition of the Berlin Wall in 1989, and many academics even were suggesting we did not need a large military anymore.

The new Commander-in-Chief at the time, Bill Clinton, seemed to be entertaining those same thoughts as many tried and true traditions of the military were disassembled, and radically different approaches were introduced for the first time ever. This was also the time that many long-served military bases were completely shut down.

Regardless, your political opinion, you can still observe the effects on the individual soldiers at the time and draw your own conclusions. To me, it was ground zero, as I watch disciplinary issues spike. Nearly every new airman that arrived to our location after me was involved in some sort of disciplinary action. Most of which ended with them being dishonorably discharged, ie thrown out. Alcohol and drug use spiked, and there were routine raids on the on-base dormitories hunting for illegal substances during my time there.

Obviously, this strained the military both mentally and financially as it turned to policing their own soldiers more than fighting an external threat.

You could say they were loosing their focus. But I would argue they simply lost their purpose.

Recruiting and training for the military had not changed in years. However, world events changed and these newly enlisted soldiers were looking for the meaning to their purpose in that new world.

Please remember the enormous sacrifice any young man or woman makes upon taking the oath of enlistment. It truly is a blank check for their life given to the US Government for 4 to 6 years of their prime, youthful days. The only reason anyone makes that ultimate decision is they believe, at the time, those years will be put to good use.

That is the main reason, military boot camp, with all its physical and mental challenges, is actually easily navigated by the vast majority who go there. There is no need for external motivation, when the person understands the purpose of the exercise. On the surface, boot camp is rigged to be the opposite of motivating. The screaming drill instructors are really just as a filter to stop the ones that don’t fully understand and accept that purpose of being a US Service Member.

So do we all need to adopt boot camps for new hire on-boarding? Although the reaction from your legal department might be very well worth the prank suggestion, there are still important fundamentals that can be used by your organization.

As explained with the boot camp analogy, the more clearly defined the purpose of the exercise, the less outside motivation you need to provide to get that job done. In fact, you almost need to start “weeding” people out since not all will fit.

This reinforces the purpose to the people who make it into your organization. They feel more appreciative, special and connected for being a part of that purpose. They start to look at that role as a badge of honor.If you ask employees at most workplaces today, they know there are individuals there “just picking up a paycheck.” This effect is just the opposite of what I described above…in fact its like poison for morale.  The longer these employees are rewarded by doing the minimum or less, the more it encourages your star employees to actually take it down a notch… Just the opposite of what you want.So the secret to everlasting employee motivation is really 2 fold:

Have a clearly defined purpose, and then roles explained so employees see their relationship to that purpose.Have a process to constantly look for and remove poor performers. Does that mean terminations? Not at all. That poor performer may be completely honest and worth considering for another position, but just a poor fit for that job.

As Vince Lombardi once said: 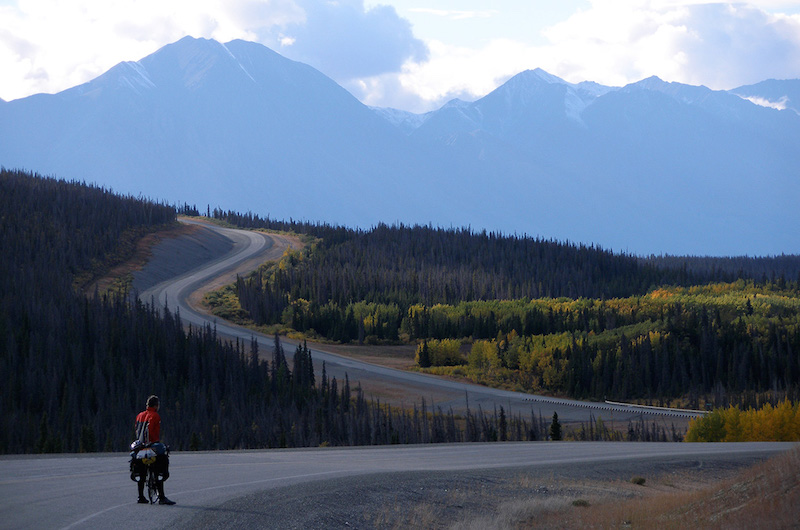 As marketing leaders, we want to stay focused on the most important aspects of our business marketing plans. However, we live in times where the tried-and-true processes we’ve grown accustom to are being replaced by a ever evolving list of new tools.

We do have a choice however… We could feel antiquated and out of touch with this constantly changing landscape. Or we can look at these new tools as just more efficient way to do the essence of what we already know as marketing.

Which one of those frames of mind would offer you the best opportunities and most certainty to act from? It’s time to cut the clutter and stop chasing the shiny stuff. There is a reason what you did before worked.

At the core of your business is a story. It could be the struggles and victories of the founders but it also includes the journey up to your greatest victories as an organization. It’s the “Hero’s Journey” and you need to embrace it to find your core customers.

Marketing 101 is all about understanding your customer. Unfortunately, in the turbulence of a generational shift and crossing through the boundaries of the Information Era caused many companies to chase “shiny stuff” in the guise of finding efficiencies.

Getting back to the basic is what works. As marketers, we know that the message is more important than the vehicle. And there are far too many examples of shiny vehicles out there that are empty to the message.

The next step to understanding your customer, is understanding your “Unique Selling Proposition (USP)” on why you relate to them. This is the essence of your core story. You’ll see that that core customers you are attracting fit exactly to what you have to offer. If want to change the customers, you simply have to change your core story. If you want to attract more of a particular customer, you just need to make your story more clear.

As Walt Disney once said: 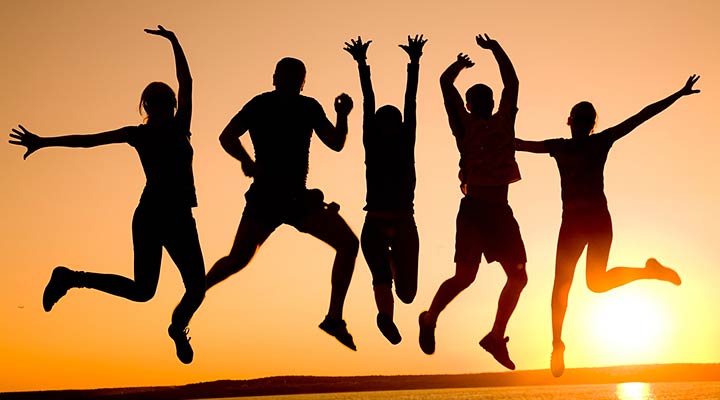 Employee engagement is a hot trending human resource topic lately and we should welcome the intentions of the places adopting it. However, I believe we have reached a point in history that offers the early adopters a paradigm shifting return on investment.

Common sense says, you have to have the right person for the right job. And criteria exists for finding and sorting those applicants through traditional resume and interview processes. Some company have taken this even further to see if applicants are an “emotional fit” for the firm’s culture.

However once hired, little on-going effort is placed on making sure that employee understand their unique purpose at that organization. This recently got more focus due to studies stating happy employees are 12% more productive. More disturbing is unhappy employees are 10% less productive which brings more attention to the importance of  morale issues. The sad truth today is the vast majority of working adults do not enjoy their work.

Employee engagement, however is more of a focused spotlight as opposed to opening up all of your employees to the nourishing sunlight that employee fulfillment can be offer them.

Employee fulfillment is the future. We see younger millennials constantly asking for the meaning of their work and are quick to quit if they don’t easily find it.

So what easier way to turn things around, but by giving your employees meaning to their roles?

I remember witnessing the receptionist’s reaction, at my first employer’s firm when the owner simply smiled and leaned across her desk to say, “Do you realize how important your work is to me personally? You are the first impression our new customers get when they call us. You welcome all of our existing customers. You are the first thing our employees hear when they call in to be routed to a specific department. Your smiling face is the first thing anyone sees when they enter this office. I spent a lot of time making sure you were the right person for this job and have been so thrilled by your performance so far. Keep up the excellent work!”

That statement took under a minute for the owner to deliver, but the effects were like a pebble dropping in the water. Everyone in ear shot of it, was floored by the absolutely kindness of the words. The story was passed own like wildfire through the water cooler track. The receptionist on the receiving end of those words was so lit up with new energy that transformed here demeanor and her voice immediately..forever.

Employee fulfillment is more than just financial incentives to motivate employees. Its about giving meaning to the time they are trading to be away from their families, friends and doing things they love. As you saw with the story above, every role in an organization has a purpose to the whole. How often do your current employees know this purpose?

Get our free, 2-month, daily guide towards getting clear on both yours and your organization's purpose.