The Secret to Everlasting Motivation 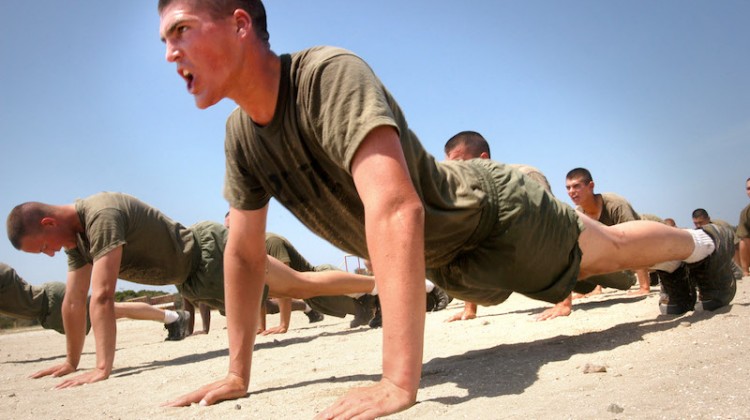 Being a US Air Force Airman from 1992 to 1996, gave me a unique understanding of the meaning to “morale issues.” If you remember the times, the Cold War ended with the symbolic demolition of the Berlin Wall in 1989, and many academics even were suggesting we did not need a large military anymore.

The new Commander-in-Chief at the time, Bill Clinton, seemed to be entertaining those same thoughts as many tried and true traditions of the military were disassembled, and radically different approaches were introduced for the first time ever. This was also the time that many long-served military bases were completely shut down.

Regardless, your political opinion, you can still observe the effects on the individual soldiers at the time and draw your own conclusions. To me, it was ground zero, as I watch disciplinary issues spike. Nearly every new airman that arrived to our location after me was involved in some sort of disciplinary action. Most of which ended with them being dishonorably discharged, ie thrown out. Alcohol and drug use spiked, and there were routine raids on the on-base dormitories hunting for illegal substances during my time there.

Obviously, this strained the military both mentally and financially as it turned to policing their own soldiers more than fighting an external threat.

You could say they were loosing their focus. But I would argue they simply lost their purpose.

Recruiting and training for the military had not changed in years. However, world events changed and these newly enlisted soldiers were looking for the meaning to their purpose in that new world.

Please remember the enormous sacrifice any young man or woman makes upon taking the oath of enlistment. It truly is a blank check for their life given to the US Government for 4 to 6 years of their prime, youthful days. The only reason anyone makes that ultimate decision is they believe, at the time, those years will be put to good use.

That is the main reason, military boot camp, with all its physical and mental challenges, is actually easily navigated by the vast majority who go there. There is no need for external motivation, when the person understands the purpose of the exercise. On the surface, boot camp is rigged to be the opposite of motivating. The screaming drill instructors are really just as a filter to stop the ones that don’t fully understand and accept that purpose of being a US Service Member.

So do we all need to adopt boot camps for new hire on-boarding? Although the reaction from your legal department might be very well worth the prank suggestion, there are still important fundamentals that can be used by your organization.

As explained with the boot camp analogy, the more clearly defined the purpose of the exercise, the less outside motivation you need to provide to get that job done. In fact, you almost need to start “weeding” people out since not all will fit.

This reinforces the purpose to the people who make it into your organization. They feel more appreciative, special and connected for being a part of that purpose. They start to look at that role as a badge of honor.If you ask employees at most workplaces today, they know there are individuals there “just picking up a paycheck.” This effect is just the opposite of what I described above…in fact its like poison for morale.  The longer these employees are rewarded by doing the minimum or less, the more it encourages your star employees to actually take it down a notch… Just the opposite of what you want.So the secret to everlasting employee motivation is really 2 fold:

Have a clearly defined purpose, and then roles explained so employees see their relationship to that purpose.Have a process to constantly look for and remove poor performers. Does that mean terminations? Not at all. That poor performer may be completely honest and worth considering for another position, but just a poor fit for that job.

As Vince Lombardi once said:

Get our free, 2-month, daily guide towards getting clear on both yours and your organization's purpose.